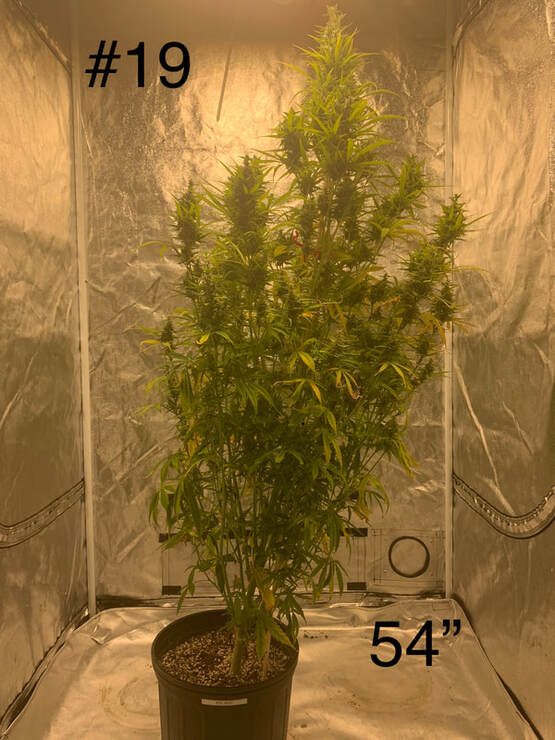 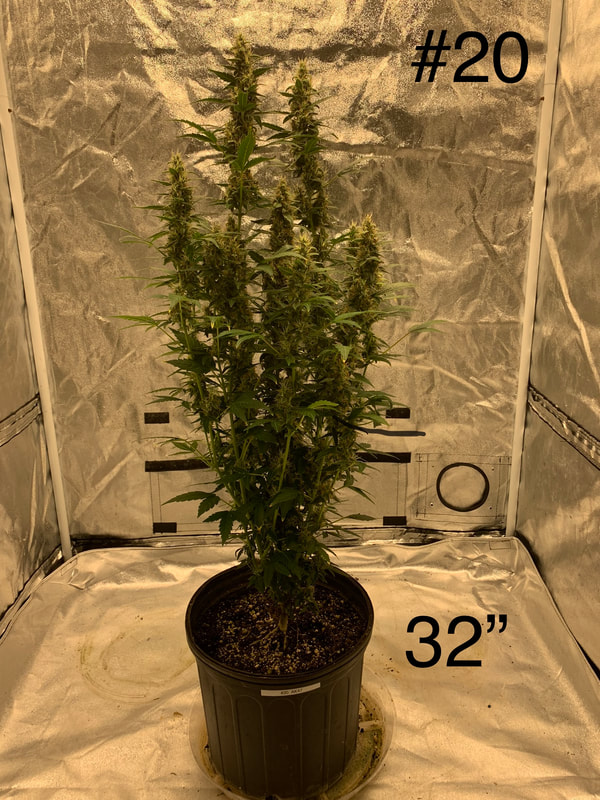 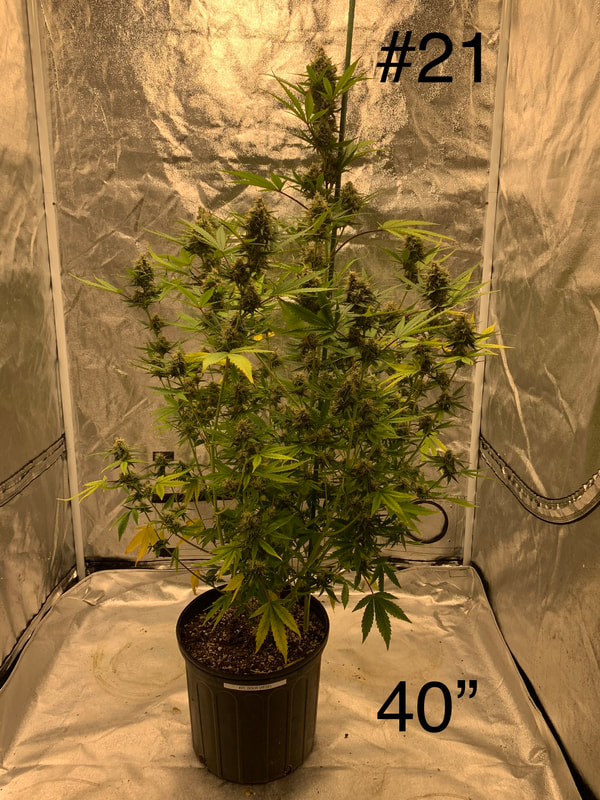 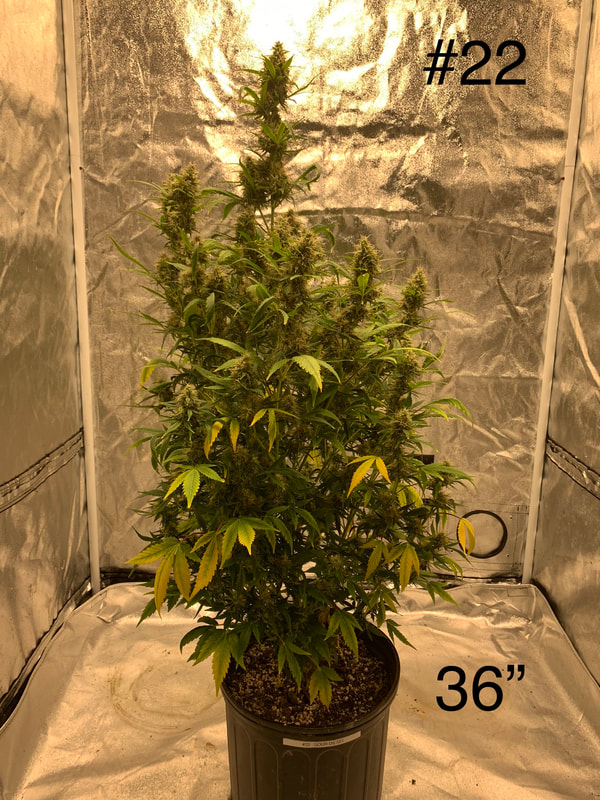 ‘‘Overall the weed was good, I smoked it before a long ride and i found myself very relaxed and unbothered.’’  (#21)

​‘‘Really enjoyed this strain. I would definitely recommend it to just relax and chill’’  (#22)

While it may have the same name as a weapon, AK-47 autoflower seeds grow a gentle, mellow bud. The Ak-47 autoflower cannabis strain is recognized and enjoyed around the world. It has a wide variety of awards that reflect its popularity and quality.

The AK-47 autoflower strain of marijuana is a sativa-dominant strain of marijuana, with three sativa parents and one indica parent. The three sativa parents' ancestors come from South America, Mexico, and Thailand. The indica ancestor, meanwhile, comes from Afghanistan.  The actual mystery of the AK-47 Autoflower strain is where the name comes from, although that question may never be answered. It originally showed up in the Netherlands during the beginning of the 1990s and since then has won a variety of prizes. In 1999 the strain won second place at the High Times Cannabis Cup for the best Sativa strain of marijuana. It came in first at a Toronto Expo in 2010.

What are AK-47 Autoflowers:

Once upon a time we only knew cannabis indica and cannabis sativa plants. These are seasonal plants that start growing in Spring and are ready to be harvested when days turn shorter - so towards Fall.  Indoor growers learned to imitate nature by manipulating this light cycle.  In the early '80s a third species, Ruderalis, was brought to Amsterdam. This plant is a cannabis relative that was discovered in Siberia. Breeders found that this Ruderalis plant would flower after just a few weeks, regardless of changes in light. These ruderalis genes were combined with existing indica and sativa strains and the autoflower type was born.  Nowadays you can find autoflower cannabis seeds for all sorts of popular strains. They grow smaller plants but they're easier to grow and you can harvest much sooner than with photosensitive plants. Great for new growers, growing in a small space or if you want multiple harvests per season.

There are certain specifics to growing the AK-47 Autoflower strain, although as long as the grower knows these quirks in advance, the grow should be manageable and successful nonetheless.

The plant is compact overall (much like most autoflowering strains of marijuana) but is quite high yielding (which is part of the reason mold and rot are such as a threat to this plant). It grows best outdoors because of its need for ventilation, but indoor growing is also possible -- just keep in mind that it will smell strongly and potentially attract the attention of neighbors.

Flowering & Yield:
You can expect these fast-growing seeds to take around 56 days (between 7 and 9 weeks) to flower. The plants will end up between 19 and 27 inches tall, and will likely produce around 120 grams per square meter of usable product.

The AK-47 Autoflower strain of marijuana is all about feeling chilled out and happy, and it is famous for this trait. People who smoke AK-47 experience a strong sense of relaxation and clear-headedness. It helps give an uplifting spirit to people who consume it. The high from AK-47 marijuana lasts extra long (which is another reason it is so popular), with uncontrollable giggles as the typical side effect. Smokers of AK-47 marijuana usually feel euphoria right off the bat, and then it turns into a mellowed-out giddy feeling.
The following effects are typical of AK-47: Of course, there are also some more negative effects from smoking AK-47. They are all quite minor, making it an easy strain for anyone to smoke. They include:
AK-47 Smell & Taste:

The smell of the AK-47 marijuana strain is mostly earthy, but there is also a sour tinge to it. Its smell is quite strong overall, and while earthy and sour are the most noticeable fragrances, it also has a variety of other scents mixed into one pleasant combination. It has been described as a sweet smell overall. The smell tends to linger.  Its taste also has a sweetness to it, as well as a floral taste combined with a sort of earthiness. It is also a bit spicy and herbal, giving it its stronger skunk flavor. It has also been described as woody or tasting like pine.
AK-47 Autoflower Marijuana Strain Taste & Aroma At-A-Glance:
Uses for AK-47:

There are lots of medicinal uses for the AK-47 autoflower strain of marijuana. It has properties that can help with psychological ailments as well as physical ones. Its THC levels are particularly high (20%), which gives it its particularly useful psychological properties. It has medium levels of CBD which is also helpful in treating a variety of symptoms and problems. As it can bring on the munchies it is good for people who have a low appetite.  It also does wonders to relieve stress without adding any unnecessary or unwanted sleepiness.
​Sour Diesel Seeds
​used in seasons 4-5
Trees 21 & 22 & 23 & 24
Sour Diesel Autoflower Seeds:

Sour Diesel autoflower seeds grow a weed that is exceptionally dank and delivers a psychedelic, energetic euphoria. After consuming this pot, you'll feel energized and ready to take on the world. There's no couch-lock with this bud. Instead, this daytime strain leaves you with good vibrations and the need to tackle tasks.  Also called 'Sour D,' this strain is world-famous because of its extremely strong aroma, reminiscent of diesel fuel. With a 60% sativa and 40% indica makeup, it delivers an energizing high, that's fast-acting and gets you into a dreamy state of mind. Many medical cannabis patients use it for long-lasting relief from various pains, stress disorders, depression and more.  Sour Diesel seeds develop into potent plants with a 20% THC level and 0.20% CBD. This marijuana strain is easy to grow, as long as you care for the plants to ensure they don't fall prey to powdery mildew. They grow best in sunny climates, and, because it's an autoflower strain, flowering time is extremely short.

Once upon a time we only knew cannabis indica and cannabis sativa plants. These are seasonal plants that start growing in Spring and are ready to be harvested when days turn shorter - so towards Fall.  Indoor growers learned to imitate nature by manipulating this light cycle.  In the early '80s a third species, Ruderalis, was brought to Amsterdam. This plant is a cannabis relative that was discovered in Siberia. Breeders found that this Ruderalis plant would flower after just a few weeks, regardless of light differences. These ruderalis genes were combined with existing indica and sativa strains and the autoflower type was born.  Nowadays you can find autoflowering variants of all sorts of popular strains. They grow smaller plants but they're easier to grow and you can harvest much sooner than with photosensitive plants. Great for new growers, urban growers looking for small weed plants, or if you want multiple harvests per season.

Sour Diesel seeds are easy to cultivate in hot, slightly dry climates. Humidity levels need to remain low at all times. Savvy growers suggest using high-intensity lights when growing this strain, which can be very sensitive to powdery mildew. Because of these factors, it's generally better to grow this strain indoors rather than outdoors, or in an outdoor controlled, highly-optimized setting.  As an autoflowering strain, Sour Diesel doesn't require sunlight to transform from the vegetative period to the flowering stage. Instead, it makes the transformation on its own, over time, as it matures. It also doesn't need much space, making this plant is perfect for smaller grow areas.  When growing Sour Diesel indoors, your compact plants will be ready for harvest in 9-10 weeks. Expect to yield about 5 ounces of usable cannabis per square meter of grow space. Outdoor growers should yield about 5 ounces of usable pot per plant in late October.

The cannabis strain affectionately referred to as Sour D has a history and origin that's not definitive. Many believe it's a child of the parent strains Chem Dawg 91 and Super Skunk.  Sour Diesel was created during the 1990s in sunny California. Other than that, not much is known. But, it's this mystery that adds to the strain's appeal on the recreational cannabis market. It's widely considered one of the best hybrids available, thanks to its genetics.

If you are looking for a daytime high that gives you boosts of energy and elevates your mood, Sour Diesel should be on your list. The euphoria you'll experience is better than any mood-elevating prescription drug on the market. Use it as an 'upper,' and use its uplifting qualities to keep you going all day long. This is where its sativa-dominant properties are most prominent.  Prepare to tickle your psychedelic senses with this strain. The high is delivered almost instantly and lasts a really long time. Some have reported still feeling the euphoria from the strain up to five hours after using it. Unlike many other sativas, this one doesn't give your feelings of paranoia, in most cases. Instead, you're left feeling talkative, outgoing and sociable.  When using this cannabis, you may experience severe bouts of cottonmouth or dry mouth. Simply drink lots of liquids before, during and after smoking it to take care of the dehydration. You may also experience dry, red eyes. Many smokers simply use eyedrops for relief.  In extremely rare cases, smokers have reported feeling slightly paranoid. But, this is generally due to smoking too much of this potent bud at one time. Other rare side effects include dizzy spells and anxiety, which is generally experienced by those who already suffer from those conditions.

Although Sour D has a pungent odor much like diesel fuel, the aroma is still quite pleasant. You'll also detect hints of sour lemons and herbal notes in the air.  The flavor of this strain is a bit on the bitter side. It comes with the savory flavors of tropical fruits. Prepare your palette for the taste of earthiness and sourness, with a hint of diesel gas. Its taste is smooth, and the aftertaste is quite soothing.

Sour Diesel is a favorite in cannabis cafes and medical marijuana dispensaries because of its longevity. The high lasts a long time, and so does its medicinal properties after using it. Its euphoria is strong, yet you don't feel heavy. So, there's no couch-lock. As a daytime strain, it brings long-lasting relief throughout the day for hours at a time.  This strain comes highly recommended to medical marijuana patients suffering from arthritis. That's because it possesses some major anti-inflammatory effects. So, it's also effective at relieving symptoms and conditions related to menstrual cramps, PMS, muscle spasms and body cramps. It also successfully treats chronic, debilitating pain, without the side effects caused by prescription and OTC painkillers.  Because this strain gives you the ability to concentrate and focus, it helps many ADD and ADHD patients. They can focus on daily tasks better, without the heavy-body feelings caused by Ritalin and other prescription drugs used for treatments. It also helps combat seizures caused by epilepsy.  Sour Diesel truly uplifts your mood. So, anyone suffering from stress or depression will feel better after consuming it. The head-high is light, leaving you feeling elated. Depressive lows are transformed into calm, energetic moods, that leads to physical exhaustion at the end of the day. This makes it a great strain to intake during the day.  Smoking this strain will really give you the munchies. This sudden sensation to eat everything in sight makes this a go-to choice for treating lack of appetite, loss of appetite and chronic nausea. HIV/AIDS patients use it for this reason. Cancer patients also turn to it after dealing with nausea-causing radiation and chemotherapy treatments.